Since the 2011-12 NBA season, we have visually reviewed every violation called in every NBA game
(over 10,000 games' worth) to create the ultimate dataset to identify each NBA referee’s tendencies!
Scroll down to see how referee analytics can help you.

Click below to see a sample report using real data (referees' names have been anonymized). 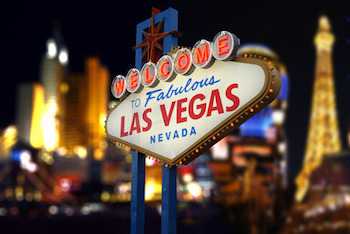 More defensive fouls typically mean more free throw attempts, which are much higher percentage shots than field goal attempts. This kind of information on defensive violations, as well as many others, can give you more confidence in picking totals, spreads and player performances. 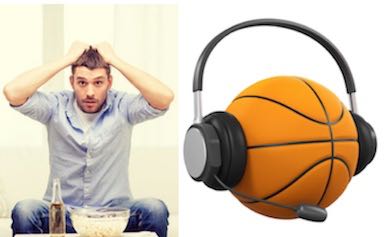 Fans frustrated with NBA officiating can now understand better if certain referees have a penchant to call more (or less) violations than other refs.

Broadcasters & media can inform their audiences how each game might be called, provide more context why a referee made a controversial call/no-call, etc. 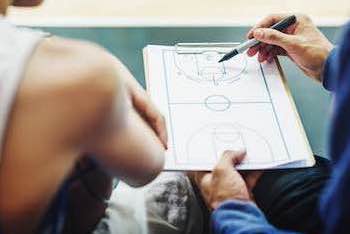 Opposing players are scouted heavily using statistics, but three of the 13 people on the court haven’t been…until now, thanks to our daily scouting reports ranking how each official calls every violation.  For teams wanting more in-depth data (like refs’ statistics calling violations on players), please contact us about our Enterprise solutions.

Why visual review is essential

There is no substitute for visually reviewing every violation like we do for the following reasons:

15-20% of violations are called by two or more refs, which is only detectable through visual review. This makes a big difference in getting serious accuracy.

We break out which refs call illegal screens, a very important violation not provided in official scoring, as well as traveling violations (not provided either).

Quotes from insiders about NBA officiating

Mark Cuban (interview with Michael Lewis at the 2011 Sloan Conference)

Lewis: “What are the biggest inefficiencies in basketball, this unchartered territory, if you could know one thing that you don’t know now, what would it be?”

Cuban: “Referees. Seriously. Think about it…Let’s just use the Vegas line, and pick a game that has 3 points or less.  [That’s] two missed calls.  Done…There is a scenario in the NBA where you have offensive 3 seconds.  There’s an official [in one of our games] who refused to call it.  And we knew it.  So what did we do?” [Laughter from crowd]

“If you know there’s a ref who’s not good at calling a certain call, or is overly sensitive making a call, would you exploit that? Of course you would exploit that….Absolutely, you can gear your playbook toward who the refs are. And even within a game and in-game adjustments and end of quarter, end of game things. They say, look, this guy is going to swallow his whistle, so you can get ‘handsy’ on the perimeter, whereas if it’s someone else, you want to pull back a little.”

Question: “Did it make a difference to you who was officiating a game?”

Dunleavy: “Yeah, it really did, as far as what kind of game you thought would be called, for sure…”

“I think they (TV analysts) have been programmed to say that no one is supposed to talk about it. That you’re supposed to say the officiating doesn’t matter when we all know it absolutely does….I understand their (referees’) job is hard. I understand officiating is hard, but guess what? So is guarding LaMarcus Aldridge. So is coaching…”

In an unprecedented move, the NBA announced that 25-year veteran official Monty McCutchen will be moving immediately to a supervisory role in the league office to mentor and coach NBA …

In the June 9th, 2014 issue of ESPN the Magazine, writer Peter Keating featured our work in his weekly “Numbers” column.

Here’s a post from May 2014 to show the kind of analysis we’ve done in the past: Long before Chris Paul fouled Russell Westbrook on that 3-point shot with 6 …

A couple of weeks after the 2014 Sloan Conference, USA Today’s Sam Amick wrote an article about new NBA commissioner Adam Silver’s stance on being more transparent about NBA officiating.  Amick also interviewed us for our opinion about this ‘transparency.’

The 2014 MIT Sloan Sports Analytics Conference selected our research paper as one of the top 16 papers from over 300 submissions. Consequently, ESPN.com ran a feature article on our groundbreaking NBA referee analytics.


If you have a question or suggestion, please fill out the contact form and we'll try to respond as quickly as possible.